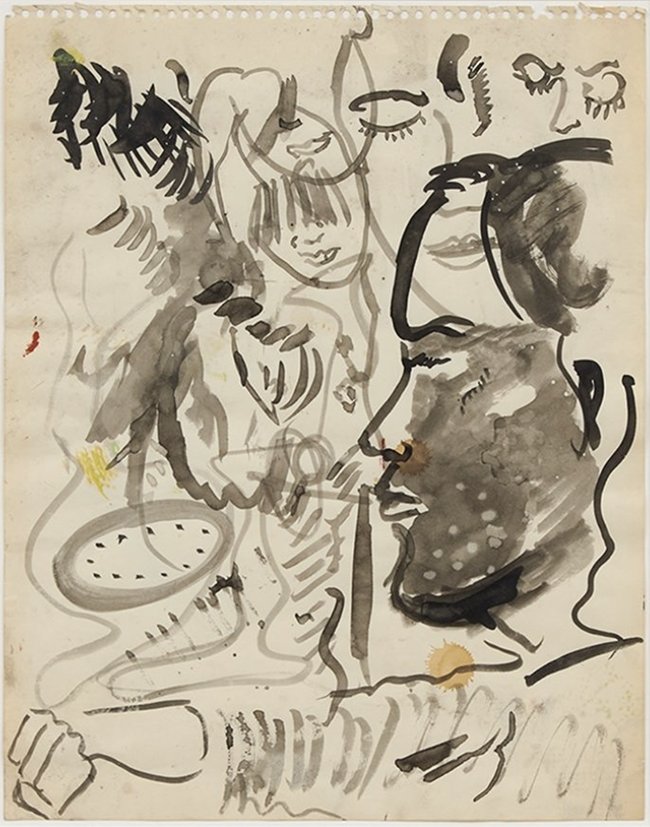 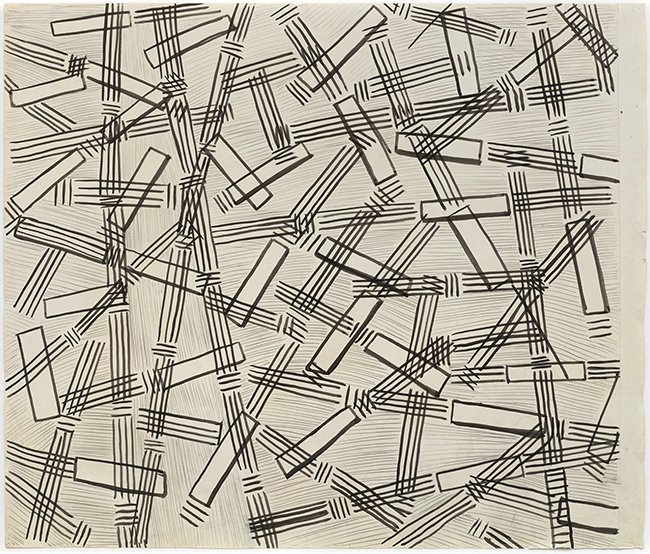 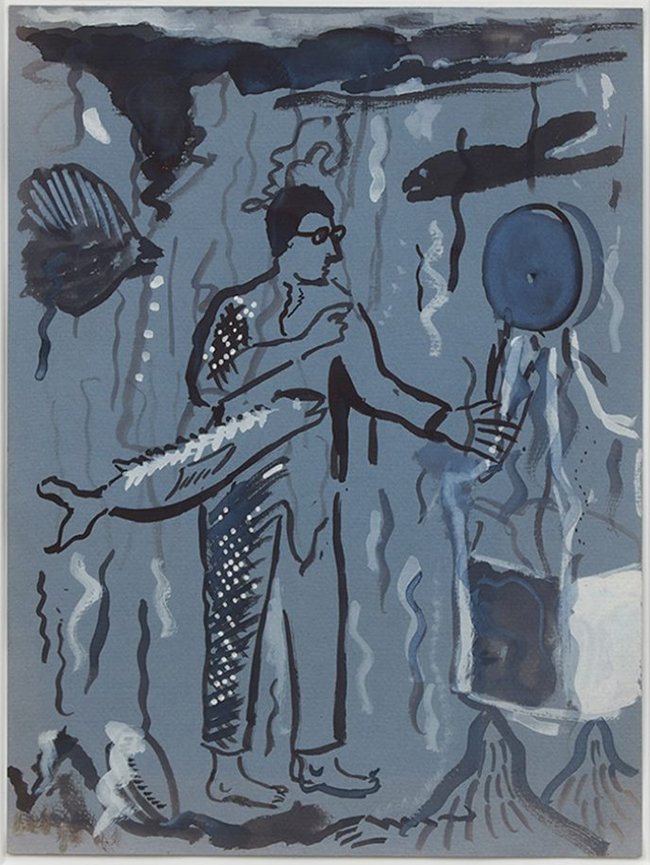 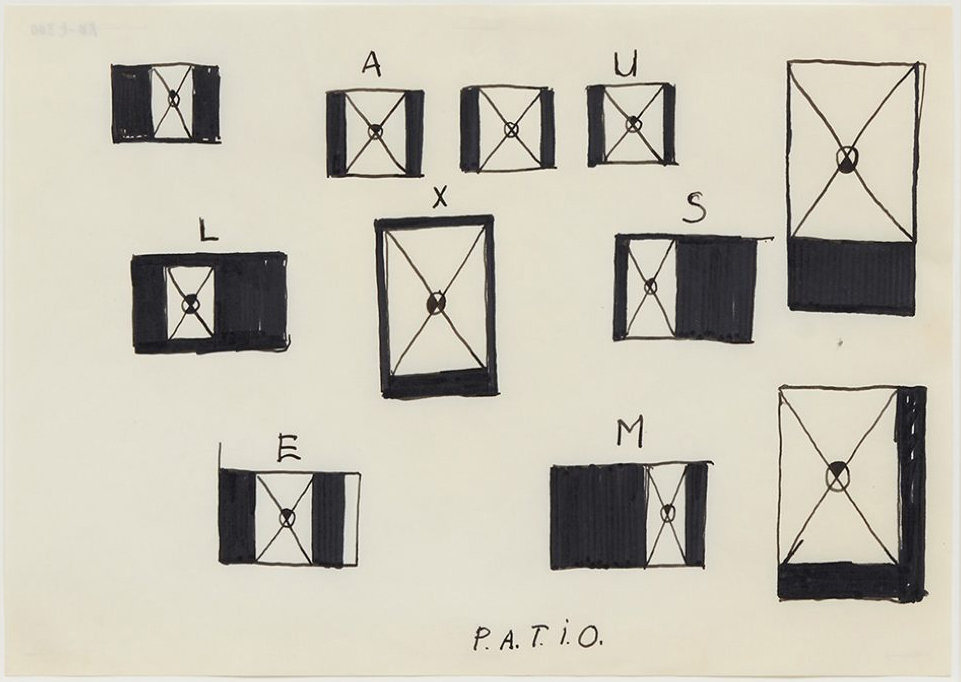 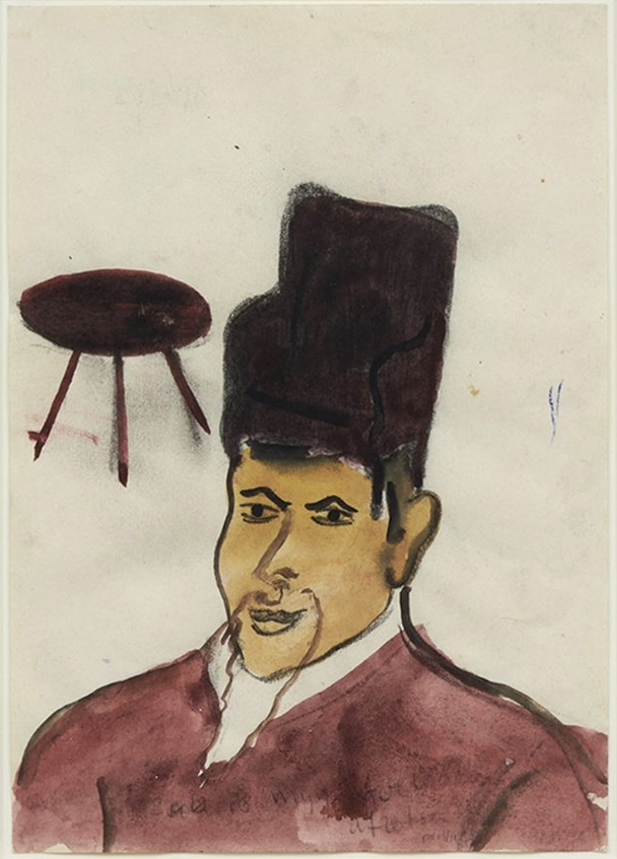 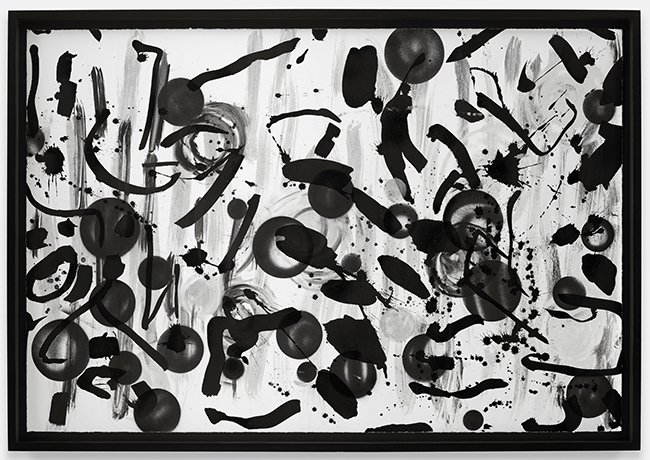 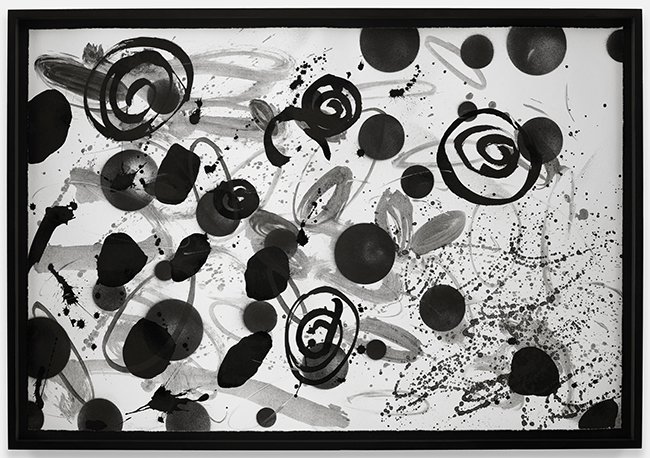 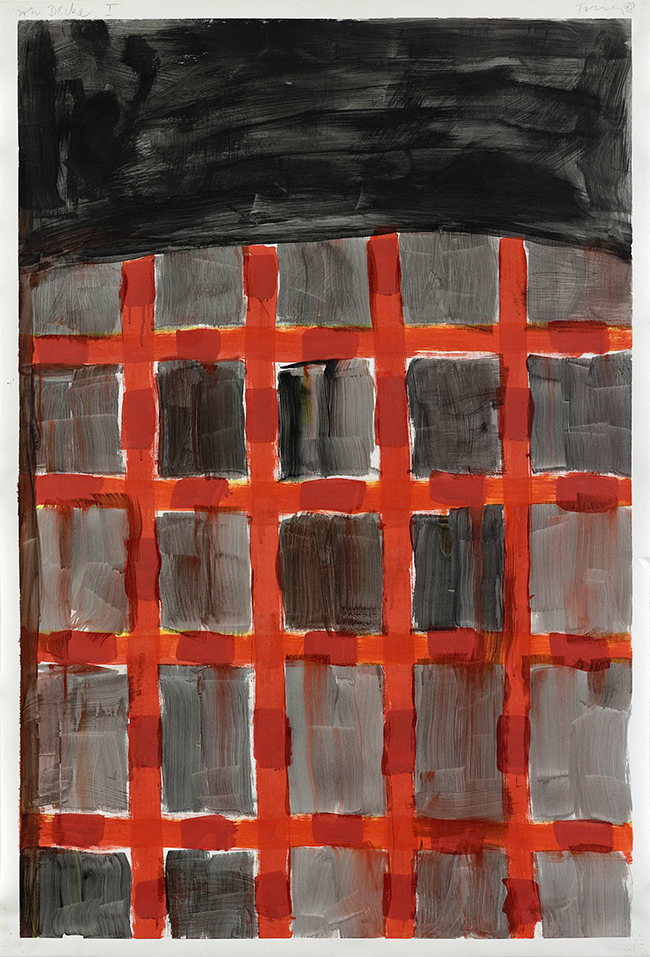 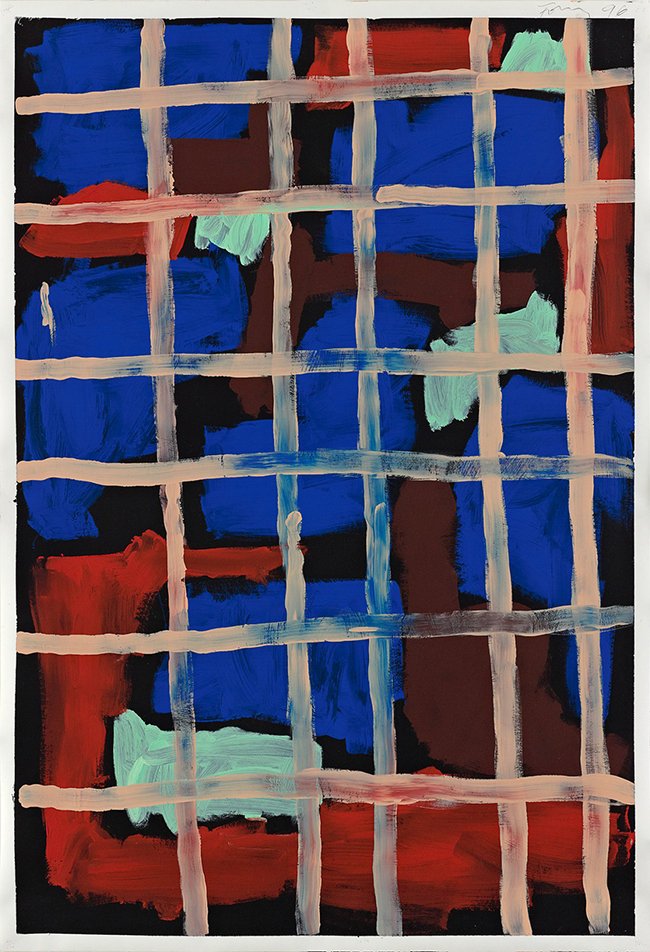 This new exhibition of Günther Förg (1952-2013) brings together an ensemble of twelve paintings on large sheets of Canson paper, made at the very end of the twentieth century (1996 – 2000). Most of them have never been on show before. Together, they suggest a kind of synopsis of several major artistic trends of the century that was then ending. Förg refused to be pigeon-holed into any artistic school or movement, whether abstract or figurative. He saw himself as a free artist who drew inspiration as much from observing reality around him as from the work of the major artists he admired. He considered painting on paper to be just as important as works on canvas. A previous exhibition at Galerie Lelong in 2015 displayed very large paper works from 1989-90.

This new grouping of works evokes – in an allusive and never ponderous manner – Ernst Wilhelm Nay or Nicolas de Staël, of Edvard Munch or Alberto Giacometti (the knee), as well as the artist’s own recurrent themes and structures such as grids and windows. Each of these works evinces the marvellous ease and accuracy that characterised the artist’s touch, the suppleness and liveliness of his brush. Ten years after his untimely death, his work has achieved a solid reputation internationally, a model of freedom that has become a point of reference and an inspiration for many young artists. 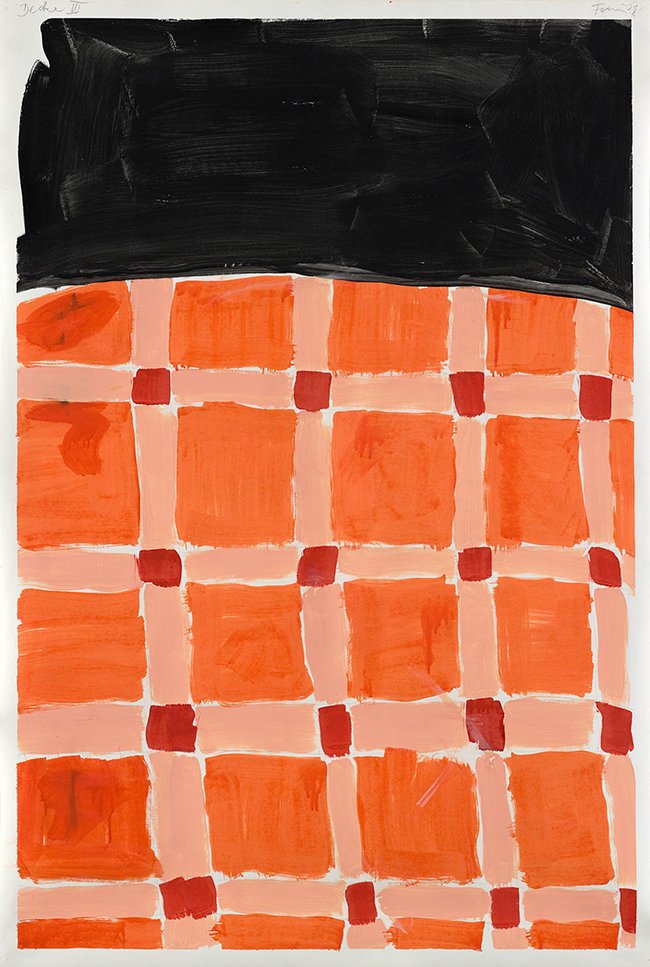 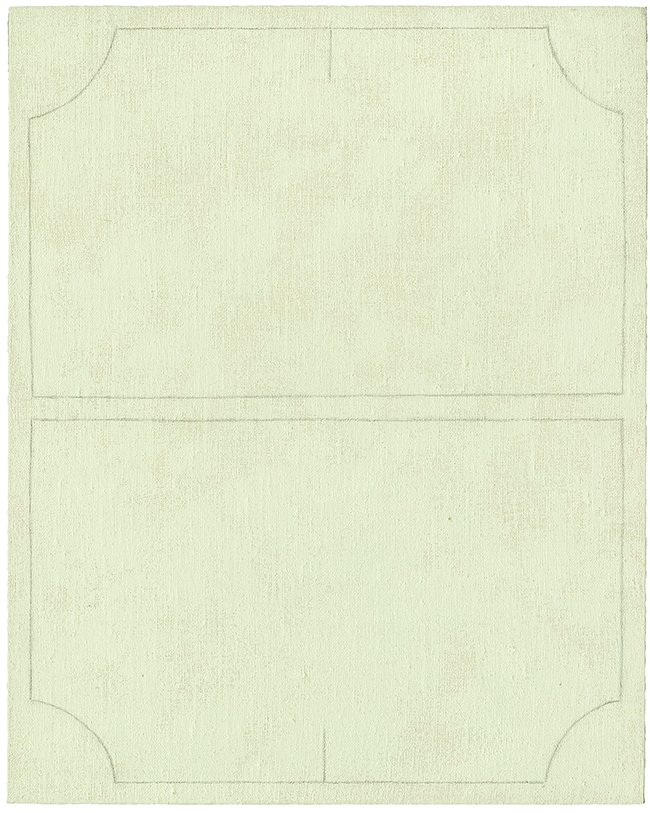 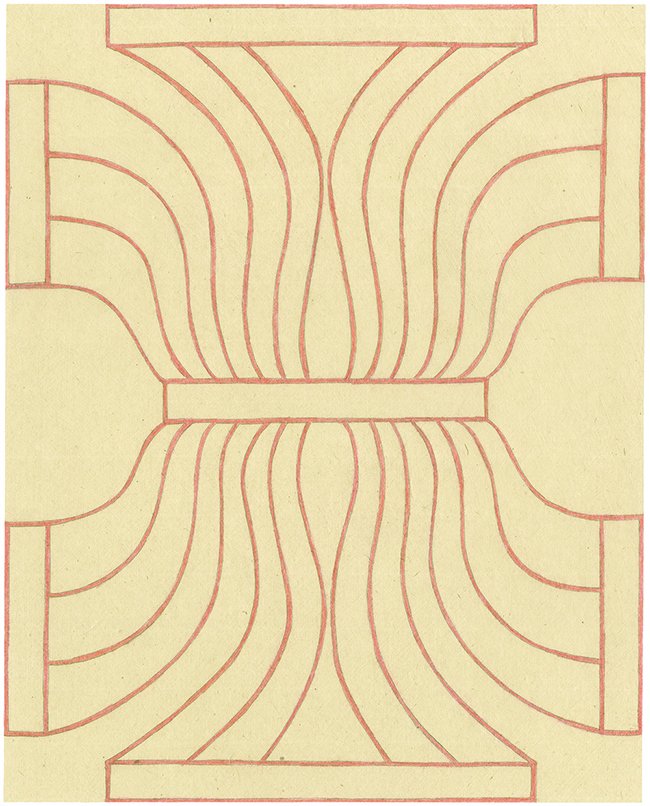 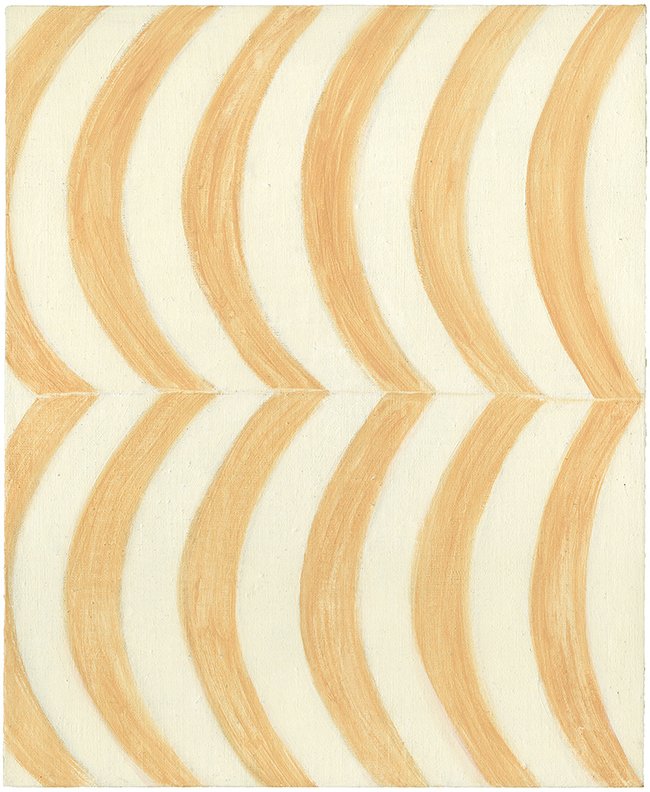 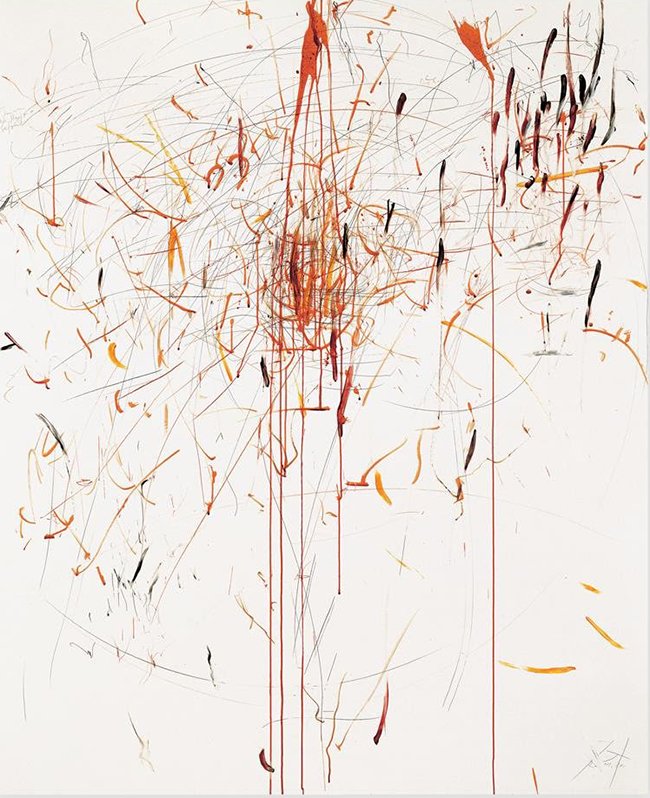 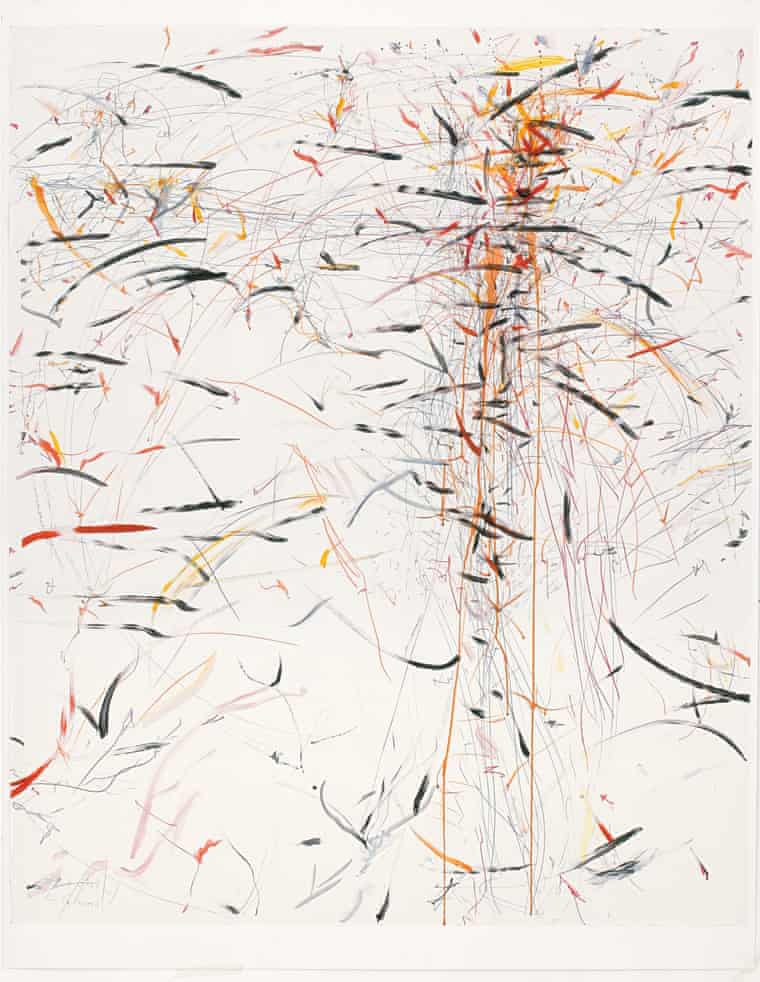 Labyrinth of the Soul: Drawings 1965-2015 features fifty years of drawing by Rebecca Horn. It includes 55 works on paper and is the first dedicated exhibition exclusively to this aspect of Rebecca Horn’s practice, and the most extensive presentation of her work in the United States since her major retrospective at the Guggenheim Museum, New York, in 1993, curated by Germano Celant. From her earliest stages as an artist, drawing has been foundational and informed every aspect of Horn’s multi-faceted oeuvre, ranging from performances, which utilise bodily extensions, to feature films, poems, dynamic sculptures, and site-specific installations. Throughout her career, drawing has occupied a central role, with Horn working serially at different moments to create specific bodies of work, ranging from smaller, more intimate pieces to the later, large ‘Bodylandscape’ works on paper.

The earliest works in the exhibition, dating from the mid-1960s, evince Horn’s concern with the human form, bodily appendages, states of transformation, mechanisation, and machinery, making evident her dedication to the aesthetic form of performance. In 1968, Horn was hospitalised for a debilitating lung condition brought on by certain sculptural materials she was using. A subsequent period of convalescence at a sanitorium inspired a series of sculptures concerned with the body, isolation, and physical vulnerability. These themes became the artist’s subject, and her proposals for sculptures are documented in these early drawings. Other works, from the 1980s, 1990s, and 2000s, demonstrate the myriad approaches Horn has taken to the form, with each cycle of drawings having a distinct tempo, like the cadence of the poetry or rhythm of the music that have continuously inspired her. For her smaller drawings, Horn often worked simultaneously across multiple sheets of paper laid out before her, adding marks and details as she moved delicately and quickly, fluttering across the paper’s surface like a butterfly, touching down on each sheet at various intervals to make her marks.

From around 2003-2015, Horn produced an impressive group of large-scale works referred to as ‘Bodylandscape’, paintings on paper that extended her interest in the body as machine into an autobiographical, performative arena. Incorporating pencil, acrylic, and watercolour and gouache with text, these energetic works are scaled to the artist’s own proportions, defined by the limit to which her arms could extend when building the sometimes-frenzied compositions through the movements and actions of her own body. Horn’s progression from attaching performative apparatus to her body in her early work, to creating mark producing automatons and sculptural machines, is synthesised in these stunning works, which replace the replicant machine with the body of the artist, bringing the arc of her career full circle. In 2015, Horn suffered a devastating stroke, which sadly left her unable to continue making drawings, resulting in these psychologically charged works being among the final and finest works on paper that she produced.