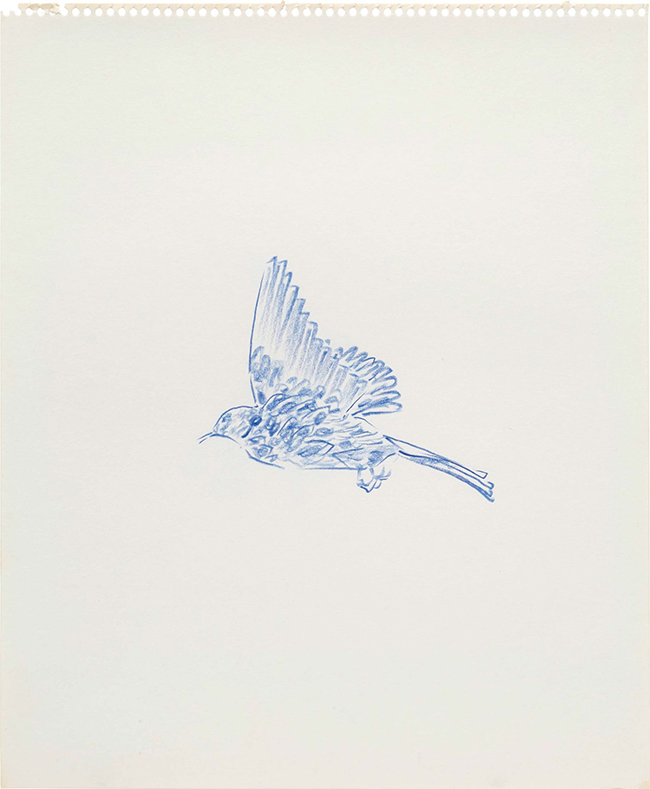 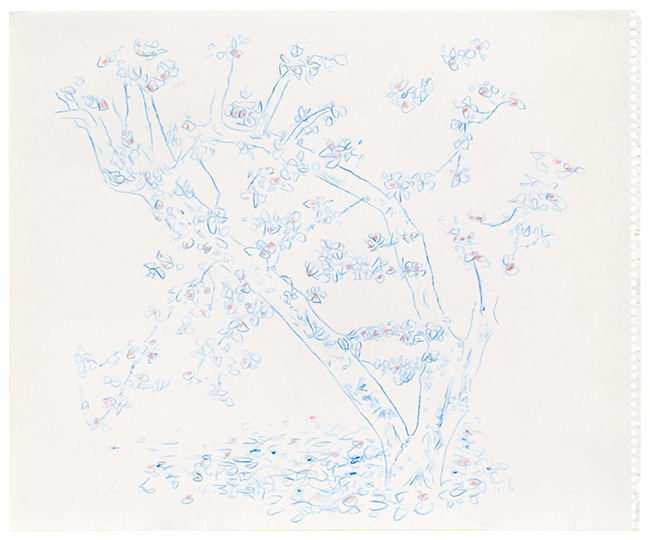 [from the pressrelease] Bill Lynch, 1960-2013, was born in Albuquerque, New Mexico and grew up in New Jersey. He studied art at Cooper Union together with his friend, painter Verne Dawson, who also helped organise the first formal solo exhibition of his work at White Columns, New York, in 2014 after the artist’s untimely death. Lynch immersed himself in making drawings and paintings for over three decades, living in New York, California, and finally North Carolina. Bill pursued the ideal of drawing that is manifest throughout the history of art, from the renditions of animals in stone age painting to the drawings of Watteau, Goya, and Picasso. Rembrandt’s ink drawings are excellent examples. The ideal consists of internalizing through observation, and transforming the subject – through skill and knowledge, and with the engagement of mind, eye and hand – into an image of great specificity, through the most direct, spontaneous movement, without reworking, and in as few gestures as possible the distillation of a complex subject into an image. This is art, philosophy and religion all in a single state of being. His studio was whatever area he could clear in the small tenement apartments he lived in. Working as a house painter or carpenter most days, his evenings and weekends were typically spent drinking Old English 800 malt liquor, smoking up a nickel bag of pot, and reaching an ecstatic state of drawing and painting. He was of the Sufi bent, intoxication, whirling, playing the fiddle (badly), all in service of connecting with the oneness of spirit and matter. Often his studio was the cherry tree grove on the hilltop behind the Metropolitan Museum in New York where he spent many afternoons drawing and painting in a state of reverie.* Painting onto pieces of salvaged scrap wood (sometimes on both sides), Lynch depicted birds, animals, blossoming branches, waterfalls, Chinese vases, statuettes and landscapes. The artist’s loaded, seemingly spontaneous brushstrokes betray his investment in Chinese and Japanese painting but also evoke his American roots. His gestures combine a dry lambent brush and thick pasty paint, which confidently flows as Lynch is evidently caught up in the passion of depicting his visions. The moiré woodgrain on the rough boards are often absorbed into his compositions, becoming a still body of water or suggesting a moving sky. Knots and grain in the wood seem to inspire the superimposition of moons, mushrooms, flowers or vessels. Lynch excelled not only at painting, but also in drawings that will be presented alongside each other in this exhibition at The Approach. Small studies in Conté pencil on paper of nesting and flying birds, a pair of hands at a piano, trees and wildflowers emphasise the great tenderness and sensitivity with which Lynch treated his beloved subject matter. 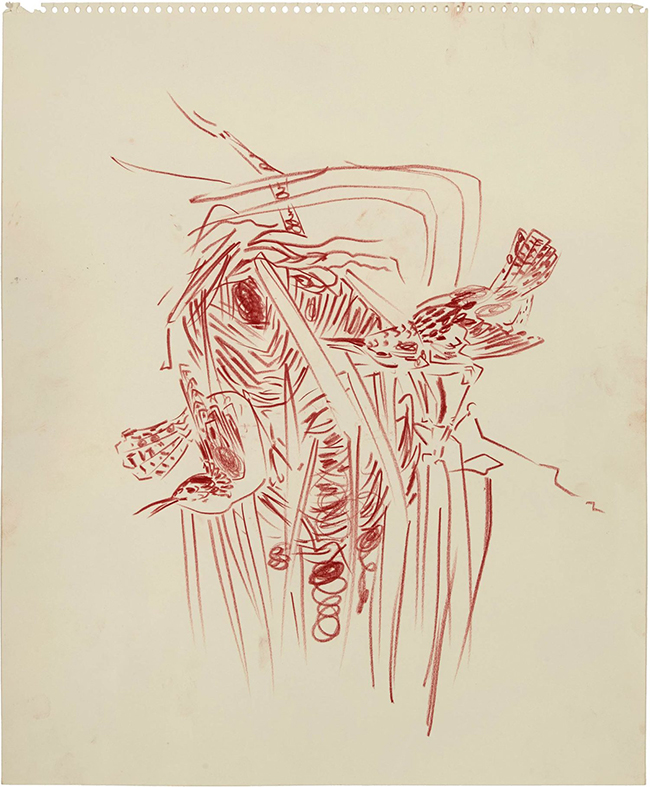