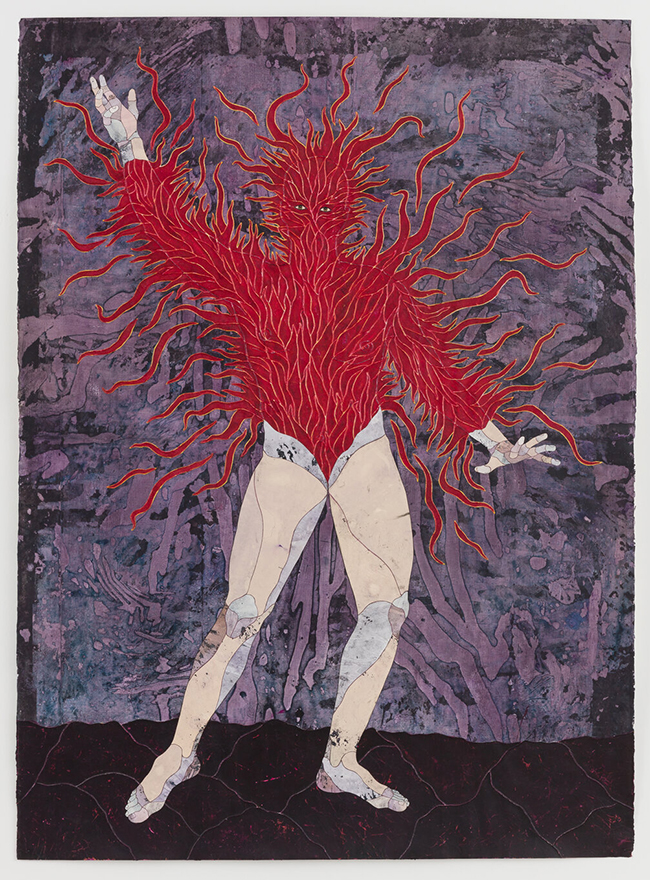 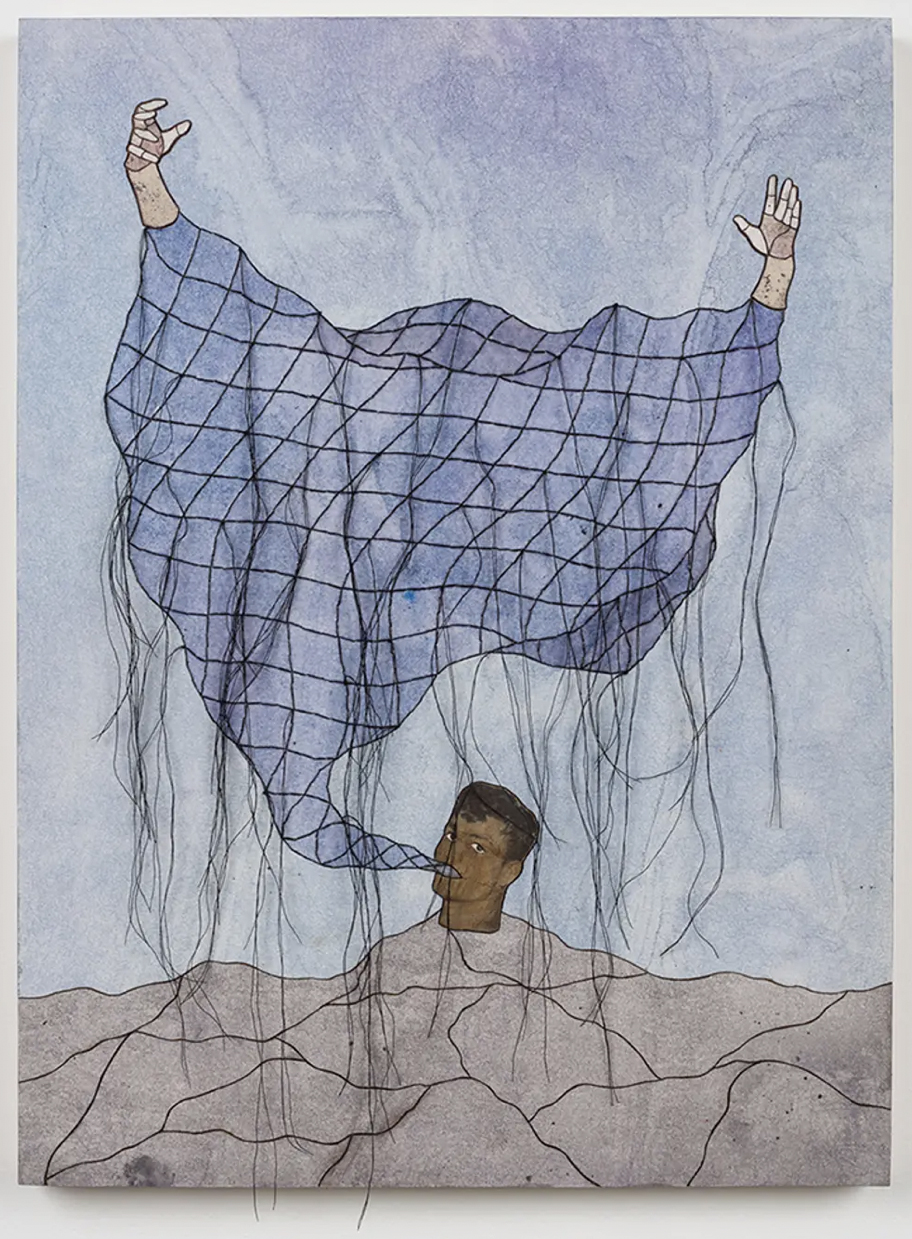 [from the pressrelease] I open against my will dreaming of other planets I am dreaming of other ways of seeing this life These lines title a large-scale painting by Felipe Baeza, who combines collage, mixed media, egg tempera, and printmaking to make heavily textured two- dimensional works. Dreams of other planets, of another life arise through bodies depicted in states of transformation – often half human, half flora. Full foliage bursts from human heads, overtakes torsos and limbs, and erotically vines its way in and out of desirous mouths. Baeza’s approach to material aligns with the concepts that underline his work. This is visible in the new works shown at the Biennale Arte 2022, a continuation of a series Baeza has developed since 2018. He builds up his figures with layer after layer on panel, canvas, and paper, then sanding, carving, and altering the elements within each composition. This intense material manipulation recharacterises traditional drawing and painting processes and, reflecting the artist’s experience of migration to the United States from Mexico and migration across the globe, express his intent to create “fugitive bodies.” Described by the artist as love letters, his paintings and collages are a form of imaginative self-portraiture and future building. 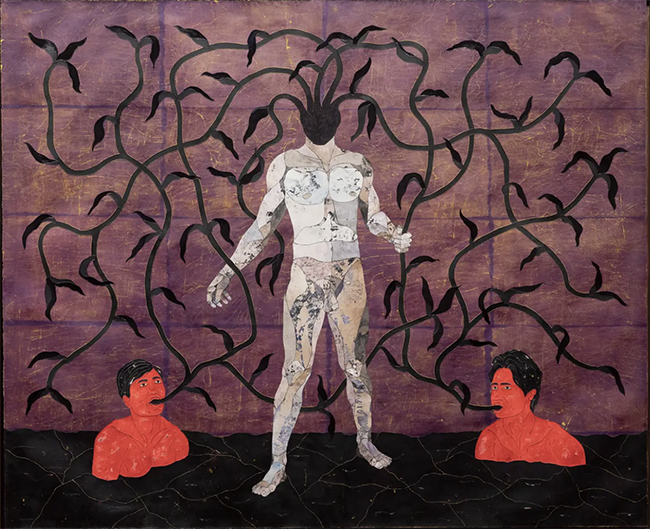